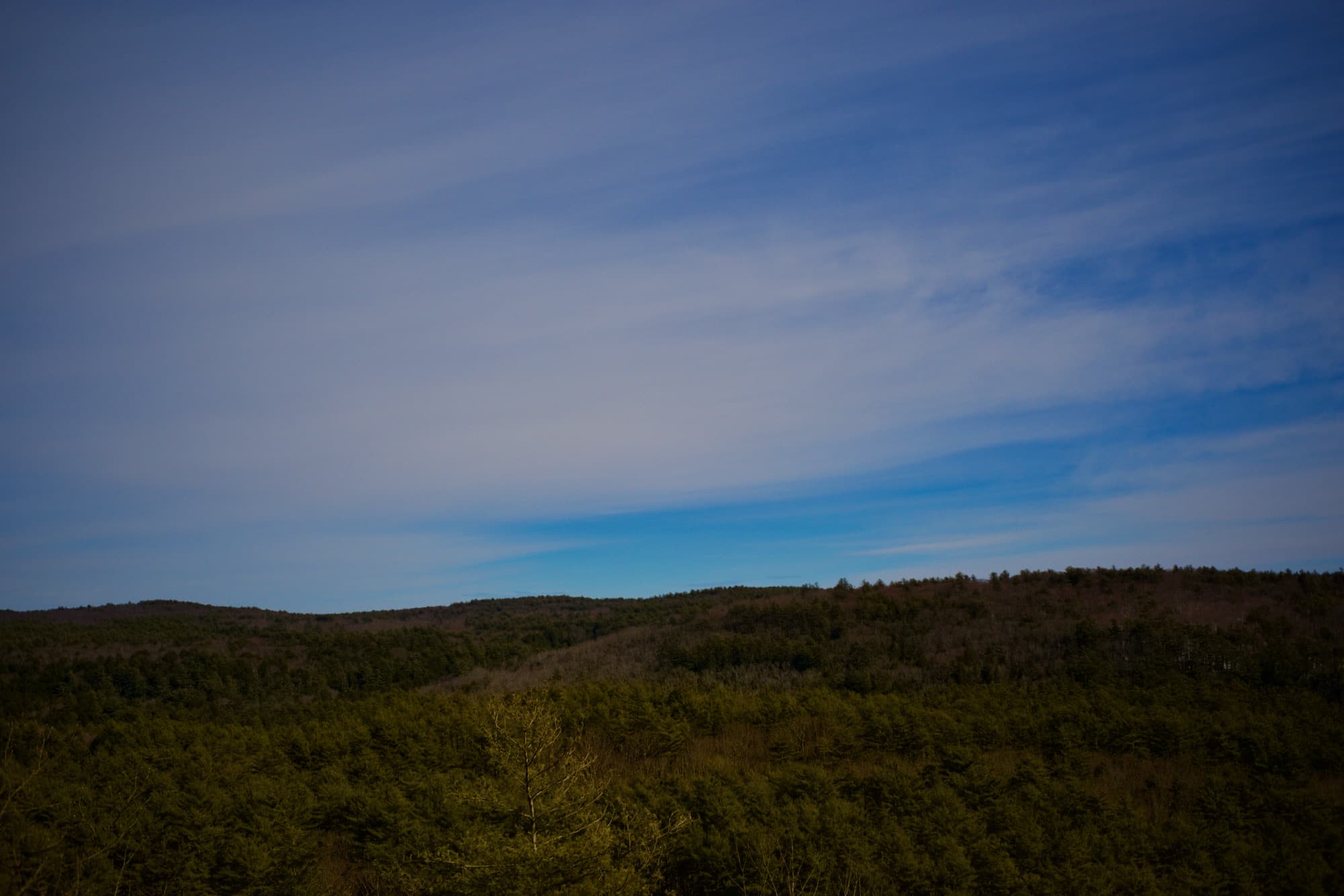 Our culture has it backwards: the material things we build last too long, while the immaterial things don't last long enough. To have any hope for survival, we need to flip these around.

First, our stuff lasts too long. Perversely, things that we actually use very briefly – plastic bags and packaging, electronic devices, fashionable clothing – can have an enormous impact long after they leave our hands. The bag or device which ends up in a landfill doesn't degrade for hundreds of years. If you account for the resources that went into production, distribution, and advertising these products, you can see how all of this ephemeral stuff involves vast networks of energy use, human exploitation, and extraction of earth's finite resources. A phone that you will use for 2 years before it breaks contributes atmospheric pollution that endures for 1,000 years. The fossil energy to run it depends on millions of years of geologic history.

Our homes are monuments to a false sense of permanence. Even a little bit of consideration of time should lead us to see the folly in building giant homes on the coastline, with concrete foundations intended to stand for 300 years. When the ocean swallows the house in a few years, we'll just build another “permanent” structure a little bit further away. And our houses, containing vinyl, asphalt, fiberglass, and other exotic materials, will not break down easily once their lifetime is over (which is often long before the house is ready to collapse; we tear down old houses to build bigger houses in the same spot, then dump the old house into a landfill, to rot with the plastic bags and televisions).

While it's easy to see the problems with material waste and objects which don't degrade, the fleeting nature of our immaterial culture is a little more subtle. We seem to be adrift in a constant “nowness”, detached from the past or future. Increasingly, people are reviewing the horrors and distastes of the past and declaring that they want no part in whatever the “old” culture represented. They want a clean break, going so far as to topple monuments, erase old books, thinkers, and ideas. Many people look at the “Founding Fathers” with revulsion, wanting to have nothing to do with them. When our culture expects absolute freedom to identify in any fluid way, it's seeking not to be defined by past values and styles. We even wrestle against biological constraints (perhaps the deepest connection with the past that anybody has).

At the same time, there is no cohesive vision for the future. Many young people see no future for themselves, considering the ongoing climate crisis and social unravelling. The dominant culture has never been adept at connecting with the future, but now we have mostly abandoned any of the tools which would have given us a semblance of awareness – for instance, religions that compel us to consider what happens after we die.

So, floating between denial of the past and blindness to the future, we cobble together an ever-changing cultural froth, leading nowhere. And it's not as if today's ideas and values are totally innovative and fresh. Current music is constantly ripped off from older music, while denying continuity with those who came before. People who used to be condemned as war criminals are now hailed as heroes, based on shifting political allegiances. Today's cultural products – memes, fashions, movements – won't last for generations, because continuity isn't intended. They emerge from nowness, only to disappear down the memory hole.

let's flip it around

First, what would change if our material artifacts didn't last as long as they do today? Rather, they should last as long as they need to be useful for humans, and then degrade gracefully like any other organic material. A wooden-handled axe can and should be useful for generations, passed down from grandparents to grandchildren. But if you leave it outside, the handle rots in a few years and the rusty head dissolves back into the soil. What if all of the things we need could be so elegant in life and death? There was a time when clothing, handmade in the home from cloth woven out of locally-grown plants, would last a lifetime or more. When the threadbare clothing couldn't be patched or recycled anymore, it returned to the earth. The only evidence of ancient clothing comes from dead people who happened to end up in special environments which preserve organic matter – like peat bogs. Anybody buried in normal soil wearing their finest outfit would be entirely composted in no time.

And what if our houses had no “permanent” foundations? What if they were made to last for however long a resident needed to live in that place, before being reabsorbed into the forest? That's how humans lived for the vast majority of our time on earth, before some of us decided to settle down and pretend that we could have a permanent dwelling in one place. Cities rise and fall and decay into dust; in the long run, it would be a lot easier for us if we did not act as if all of society's infrastructure must survive and be maintained forever. As ecosystems continue changing rapidly, we will have a better chance at adapting if we can move with the land and climate. That doesn't involve building megacities in the arctic. It means letting go of arbitrary borders and ownership, building low-energy, biodegradable structures, and thinking of our homes as places we temporarily take care of, rather than castles to defend.

What would a long-lasting culture look like? Someone in that culture would regularly feel a continuity between past, present, and future. They would feel part of something much greater than an individual life. One could say, “I am able to survive and thrive in this place, because my ancestors here figured out which plants to cultivate, and which plants were medicine. Over many years, they worked out how to resolve conflicts in the community. They instilled decent values in me, so that I would grow up to cooperate with others. My culture teaches us to share, so that everyone has enough, and nobody gets too greedy. When I consider how my actions today will affect people and non-people far into the future, I am careful about the impact.” If you have respect and love for the past – for the ancestors and culture that survived so well – wouldn't you naturally want to transmit its traditions into the future? Conversely, our broken culture flails around, trying to throw bandaids on flawed ideologies, because we hate the past and assume that whatever we invent right now is bound to be better.

No matter where we come from today, if we would trace back far enough in our own ancestry, we'd start to bump into cultures that upheld a continuity between generations and lived in ways that resisted the urge to dominate the present at the expense of the future.

To be sure, there are massive tradeoffs to be made in this reversal. Such a culture wouldn't consider strip-mining mountains in search of rare minerals to build ever-more-sophisticated telephones. The cost to ecosystems and human health does not justify the marginal utility or the shallow entertainment. Nor could there exist any billionaires in such a society. A healthy, respected culture would remember how dangerous unchecked power and greed becomes, and the society itself would prevent anybody from becoming a tyrant. Despite constant complaints, today's civilization allows for billionaires and despots because it's been based on that hierarchical model for a couple thousand years. We won't get rid of the tyrants unless we deeply, inquisitively interrogate the past and replace a lot of other destructive ideas about what it means to be human. If the triumph of the State must be toppled, then so must the primacy of the Individual. Replacing it could be a society of great immaterial wealth – connection with landscape and life, a rich history and love for the future, and art that celebrates humanity's co-creation of the world.

which way to utopia?

I don't think that a world of 8 billion people, mostly operating on backwards cultural values, will flip the script quickly enough to avert disaster and collapse due to catastrophic climate change. The only hope I see is that some people could resonate with the potential described above and begin planting seeds for resilient culture to sprout in the future. Pockets of humanity could pursue another vision of a healthier society, perpendicular to the crumbling global civilization.

It seems clear that isolated individuals will not be able to fumble through this project on their own. It needs to be a collective effort. If we had any decent elders who could show us the way, we wouldn't be in this predicament right now.

No doubt, many other people are already thinking similarly. But changes made in individual lives won't endure.

Find others who are like-minded (especially families), and support each other in detaching from civilization. Let's dig into the deep past and our imaginations to find ways worth loving and carrying forward. Let's ween ourselves off of toxic tools in favor of meaningful, reciprocal relationships. Let's relearn how to be custodians of a bioregion, taking advantage of the enormous gifts our ancestors bequeathed us.

Let me know how you're doing. dave@st.germa.in 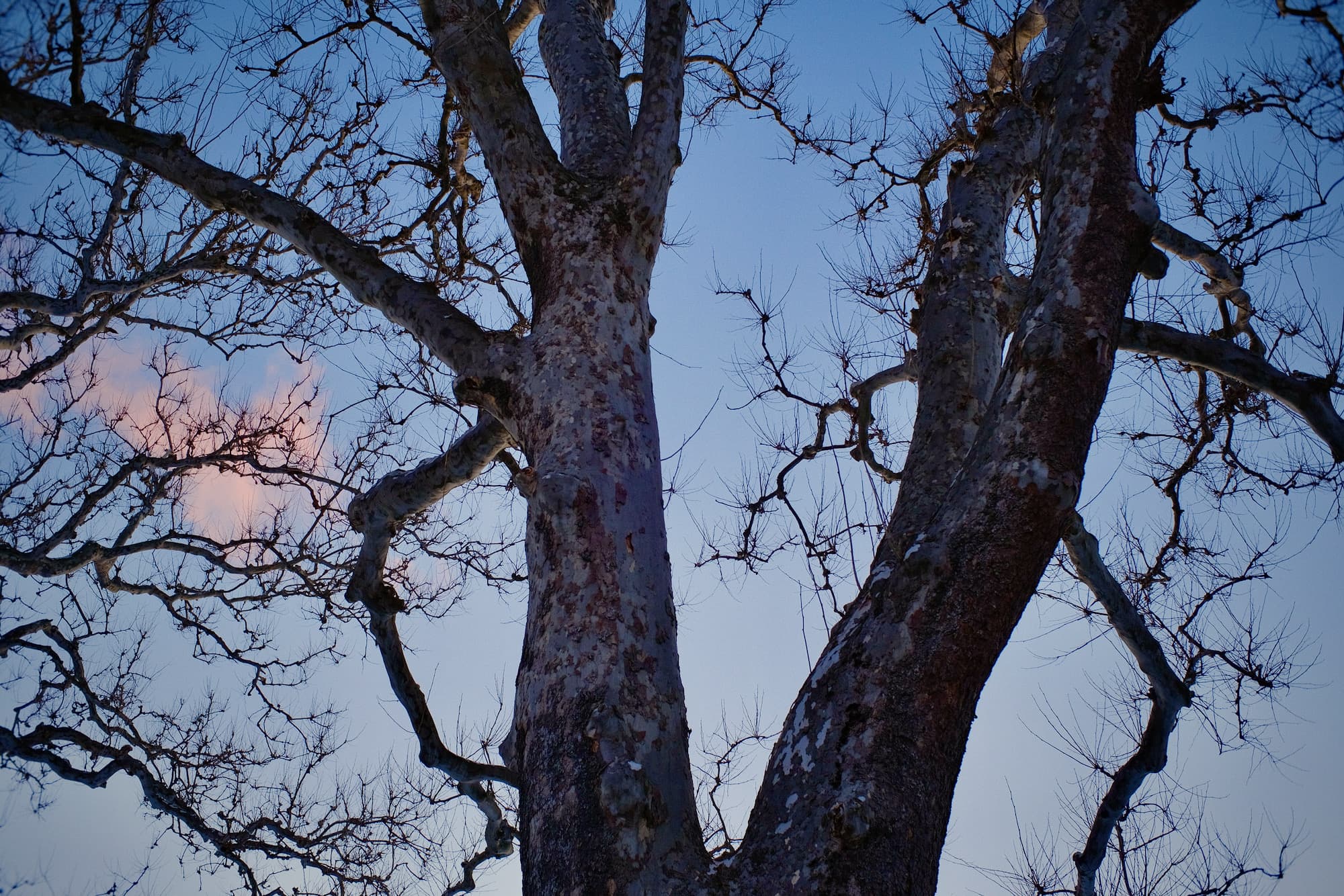